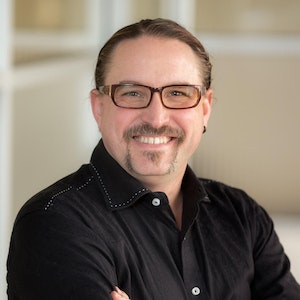 Dane Johnson oversees the day-to-day operations of the technical and facility needs of KUOW and its media products. He also helped co-design KUOW’s current studios and office space. Dane has over thirty years of radio experience, including at stations in Detroit and Los Angeles, working in a variety of formats including rap, hip hop and news. His career also includes music and television production for NBC, Channel 4 UK, and Folkways Records. He is a founding staffer for Children’s Media Network. Dane has worked as an artist and event producer. He is a founder of The Presenters in Los Angeles, and Ignition North West in Seattle, and he helped to create the largest private/public art park of its kind: The B/IAS site. He is currently on the Burien Arts Commission and continues to work as an artist and producer. Noted credits includes the video, "Strong" by the band London Grammar, the 2015 season of America's Got Talent, and Holger Czukay’s “Linear City.”