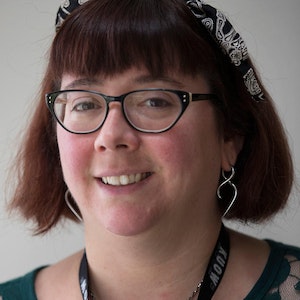 Heather is the Evergreen Officer at KUOW. As part of the Development Team, she stewards the sustained giving program for KUOW’s monthly, ongoing donors. Heather has over 11 years of experience in public media fundraising and has worked at WAMU 88.5 in Washington, DC and Cascade Public Media/KCTS 9 Television in Seattle. She received her BA in Environmental Studies and Creative Writing at Eckerd College in Florida and has lived up and down the East Coast as well as in the Netherlands before moving to Seattle. Heather has worked as a travel agent, bartender, bookseller and toymaker before settling into the world of public media development. She likes to experiment with food and is currently owned by two cats.