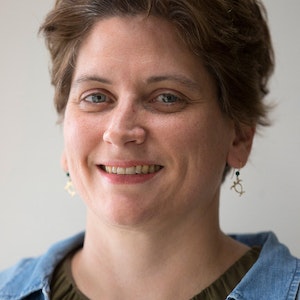 Jessica began working in public radio as a journalist at Marketplace. After switching to finance, she spent nearly five years supporting Marketplace and Southern California Public Radio. A move back to Seattle (her hometown) led to four and a half years as the finance and operations manager at the social services agency API Chaya, then the finance manager for BirdNote. She joined KUOW in 2017.

A colleague once dubbed her “DIY Dial” following her first-person series on home improvement projects for the Marketplace Morning Report. DIY projects are still how Jessica spends a lot of time outside of work, as she takes apart her fixer upper in Renton.

She is an alumna of Hazen High School, Mount Holyoke College, Columbia University, and the University of Southern California.