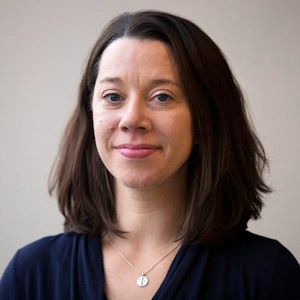 Jill Jackson is an Emmy award-winning journalist who runs KUOW’s news coverage. Jackson started her news career as an intern at KUOW in 2003 before heading to Washington, D.C., to report on politics and the U.S. Congress for Capitol News Connection with Public Radio International. She spent a year working at NPR producing daily news pieces for All Things Considered. Jackson then joined CBS News as a congressional producer covering the great recession of 2008, the long road to passage of the Affordable Care Act and the rise of the Tea Party in 2010. After nearly a decade on Capitol Hill, Jackson ran CBS This Morning’s Washington newsroom, leading a team of producers, editors and correspondents to make the relaunched morning program hosted by Charlie Rose, Norah O’Donnell and Gayle King as innovative and newsy as possible. In 2014, Jackson joined the team at Face the Nation with Bob Schieffer, and later John Dickerson, producing interviews with numerous lawmakers, President Barack Obama and 2016 presidential candidate Donald Trump. Jackson is a Seattle native and graduate of the University of Washington. She is thrilled to be back in the Pacific Northwest with her husband David and their two daughters.