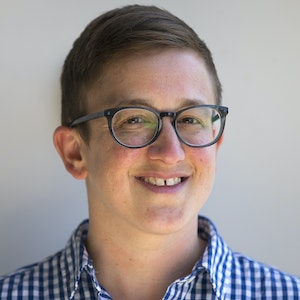 Lila Lakehart leads RadioActive, KUOW’s youth radio program. Before moving into the role of Program Manager, they produced RadioActive's community programming and partnerships, and led the mentor and facilitation team for RadioActive's flagship Intro to Radio Journalism workshop. In their time with RadioActive, Lila has worked with hundreds of students to share skills and produce feature stories, podcasts, and short audio stories.

In 2018 they led RadioActive’s first workshop series in Eastern Washington.

Lila is a born Seattleite and a Garfield High School alum. They are a graduate of Macalester College, with degrees in Communications and Cultural Studies: Film and Media.

They have led youth media programs for organizations including Adobe Youth Voices, Native Lens, Reel Queer Youth, and the World Affairs Council, as well as a pilot program for young women filmmakers in Nairobi. In 2011 Lila was named a Media Justice Leadership Fellow.

An award-winning documentary filmmaker, Lila’s work has screened on PBS and the Documentary Channel, and been shown at film festivals around the world. They were a founding member of the Seattle Independent Media Center’s video collective, where they co-produced a weekly television show and a quarterly video magazine.

Lila has served on the board of Rain City Rock Camp for Girls and Reel Grrls, and is on the advisory board for low-power radio station KVRU in the Rainier Valley.

Lila is also the founding host of a funk music show that has aired on KBCS 91.3FM since 2004. You can hear them every other Friday night spinning records as DJ Megabooty.