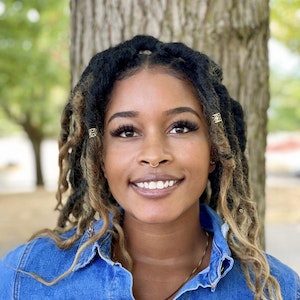 Liz joined KUOW in January 2020 as an Online Editor/Producer. Prior to that, Liz covered education for Crosscut/KCTS 9. She is also an alumna of YES! Magazine, WLWT-TV, and The Cincinnati Herald. Additionally, her work has appeared in USA Today and Rewire.News. Liz is the current president of the Seattle Association of Black Journalists.

Liz was born and raised in Cincinnati, OH. A violinist, Liz originally started her college career thinking she'd become a music teacher. But after befriending a journalism major at the University of Cincinnati, she was inspired to pursue a career in news instead.

When she's not busy with the news, Liz enjoys roller skating, exploring new places, working out, and doting on her Yorkie.