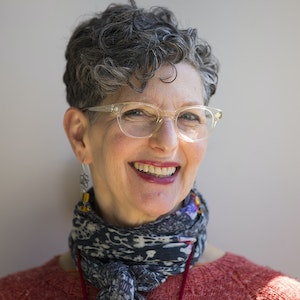 After five years holding down the drive-time microphone, a new opportunity arose. Along with Dave Beck and Steve Scher, Marcie helped create Weekday, a daily, two-hour forum for newsmakers, artists and thinkers.

In 2002, after more than 15 years as a daily host, Marcie decided to become a full-time cultural reporter. During her career, more than 100 of her stories have been heard on NPR's newsmagazines, as well as on The Voice of America.

In 2005, she became KUOW's first special projects reporter. In this role, she produced in-depth audio portraits and documentary series about life and culture in the Puget Sound Region.

In September, 2013, Marcie was part of the team that created The Record, a daily news magazine focused on the issues and culture of the Puget Sound region. After two years as Senior Host of the program, Marcie returned to full-time cultural reporting.