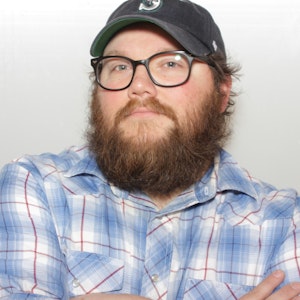 As a Broadcast Engineer, Timothy supports KUOW’s mission by facilitating the operation and maintenance of its FM and AM broadcasts, program distribution services, audio production studios, systems integration projects, and new technology initiatives.

Before coming to KUOW Timothy worked at Northwest Public Broadcasting in Pullman, WA, KEXP in Seattle, WA and was a drummer in several early 2000s independent bands including the first incarnation of Band Of Horses, playing drums on the Gold selling record Everything All The Time.

He received a BA in Communications from Washington State University where he served as both the GM and Chief Engineer of WSU’s student run music station KZUU rebuilding their facilities in the newly renovated student union building.

During the fall he works part time for UW and the NFL doing Frequency Coordination at Husky Stadium and Lumen Field. Timothy enjoys playing music with his friends, summer beer league softball and attending BMW meetups. He and his wife welcomed their first child in 2021.