An asylum fee, higher costs for citizenship and DACA applications.

nder the new rule, Harka Bista would have to pay $2,250 for his family's citizenship applications — with no option for a fee waiver.

"It was kind of a panic situation for us," said Bista, a refugee from Bhutan. "We don’t have money in savings."

Bista moved to the U.S. with his family in 2012. Two of his three daughters were born in a refugee camp in Nepal.

Now he’s racing against the clock to get fee waivers so his children can also be U.S. citizens.

While the federal rule has not been finalized, the possibility is real enough that Bista must get the waivers before next month, should it go through.

In a press conference Monday, Representative Pramila Jayapal and Seattle Mayor Durkan called out the Trump Administration saying the rule would privilege wealthier immigrants who can afford the fees. 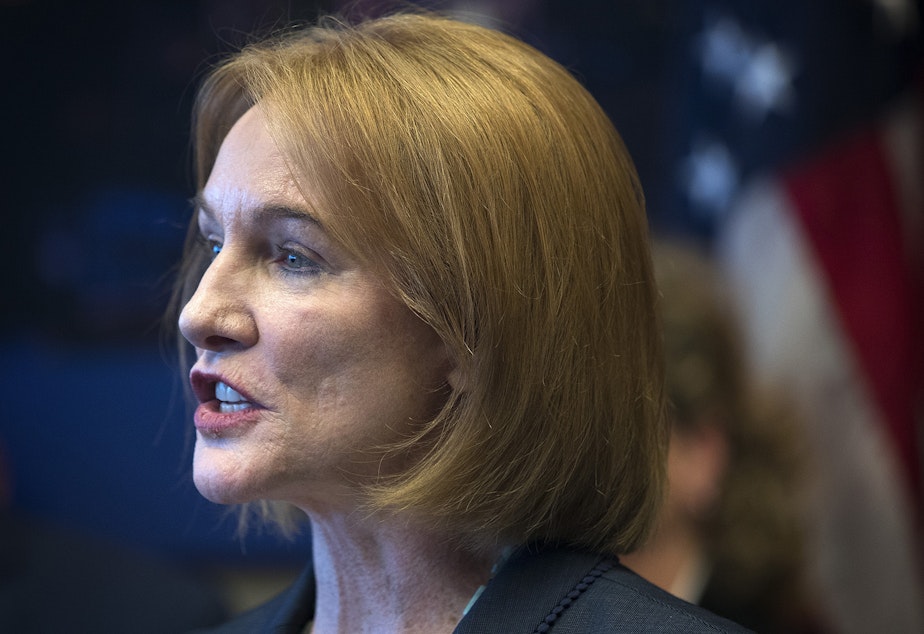 In the end they not only want to build a wall, a real wall, but a psychological wall and a financial wall." Mayor Jenny Durkan
Credit: KUOW Photo/Megan Farmer

Under the new rule, the cost to submit a citizenship application would jump from $640 to more than $1,000. It would also remove fee waivers altogether, and charge asylum seekers a filing fee for the first time in history.

Similar to the so called public charge rule, these policies have what immigration advocates call a ‘chilling effect,’ slowing down the number of people who seek services -- even ones they’re legally eligible for.

The federal rule will also reroute around $200 million in filing fees to Immigration and Customs Enforcement.

Rep. Pramila Jayapal on where impeachment goes from here