Don't dish any dirt over the holidays, Boeing tells workers

Boeing is telling workers to be careful what they say about the company and the 737 Max over the holidays.

In an internal memo sent Tuesday, the company talks turkey about what can happen when long-lost relatives spend hours together indoors.

“While gathering with friends and family during the holidays, employees are likely to participate in conversations about the company and the 737 Max situation,” the missive says.

“Reminders about informal conversations: All Boeing employees share the responsibility to protect the company’s reputation, even though you are not an official spokesperson. “ 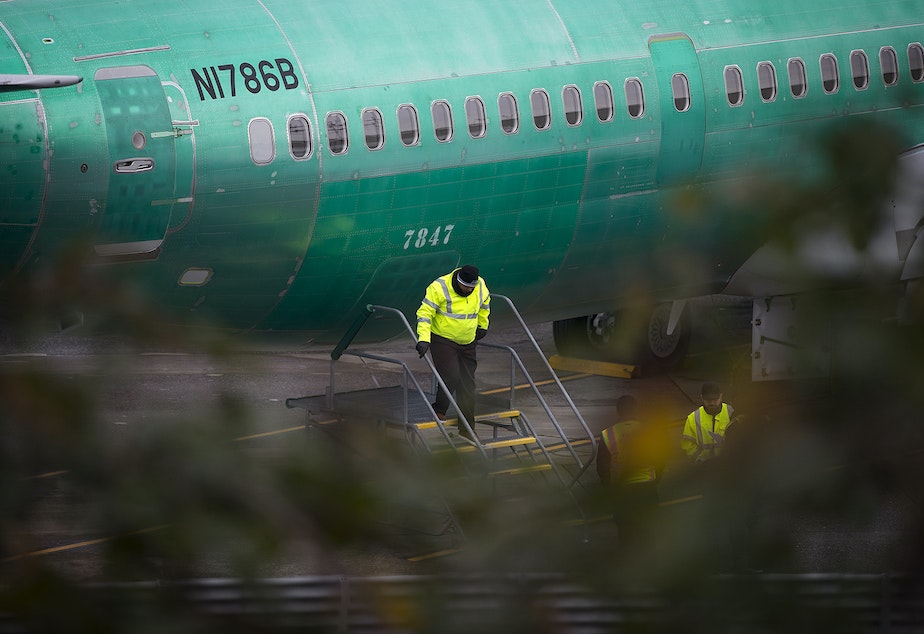 Be aware of what you say and where you say it. It's OK to say nothing, that you don’t know the answer, or that you’d rather not talk about it.” Boeing internal memo
Credit: KUOW Photo/Megan Farmer

The bulk of the internal memo is about Boeing’s decision to halt production of the Max in January while keeping the company’s workforce engaged.

The memo says Boeing has a checklist of 11 steps it and regulators must accomplish to end the Max crisis. Only two items are complete: development of a software fix for the Max and simulator testing of that fix.

The next two items are solely in the FAA’s control. Boeing's memo says it was working to answer regulators’ questions about the software fix and how pilots interact with the controls.

A published report recently said during recent trials, all of the pilots who encountered a situation with the Max’s flight control software – Maneuvering Characteristics Augmentation System — were able to get out of trouble.

However more than half of the pilots used the wrong procedures. Those results are triggering further discussion of what pilot training may be necessary before the Max re-enters service.

“The FAA and global regulators are driving return to service timing,” Boeing notes in the memo. “Timing may vary from region to region.”