‘Planetary arsonists,’ Naomi Klein calls some world leaders. But she has hope

In 2018, a climate change group released a report that detailed that unprecedented transformation in every aspect of society was needed to curb the effects of climate change.

It gave a 12-year timetable, which means we now have 11 years.

The information in the report spurred activism in younger generations, scientists, and given momentum to the Green New Deal.

But it's not happening fast enough, said author Naomi Klein on September 24 at Town Hall Seattle.

In her talk, Klein focused on the few chances the world has to turn things around. 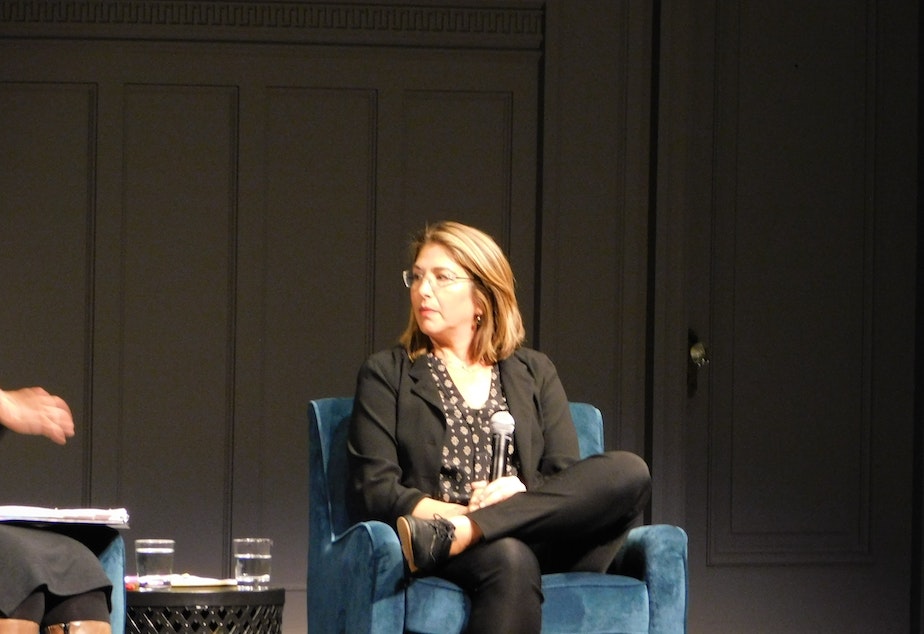 I don't even say our chances are good ... what I'm arguing is we have a chance. Naomi Klein
Credit: Jennie Cecil Moore

Klein discussed evidence based arguments on climate action and justice from her new book On Fire: The (Burning) Case for a Green New Deal.

In it, Klein shares news from the front lines of climate advocacy, relaying thoughts on world leaders who she calls ‘planetary arsonists’ to criticizing fortressed borders as a form of "climate barbarism."

Naomi Klein is the author of This Changes Everything: Capitalism vs The Climate and is the inaugural Gloria Steinem Chair in Media, Culture and Feminist Studies at Rutgers University.

She was joined in conversation with Teresa Mosqueda, Seattle City council member.