Imbolo Mbue: 'America is suffering from a lack of curiosity'

Author Imbolo Mbue has come a long way from when she imagined America was what she saw on television programs like Beverly Hills 90210 and The Cosby Show.

Mbue is a native of the seaside town of Limbe, Cameroon. After arriving in the states, then losing her stable job during the 2008 recession, Mbue had to re-evaluate her romanticized views of the "American Dream."

The recession afforded Mbue the opportunity to read many of Oprah’s Book Club picks. She used that experience to learn how to be a fiction writer. The result is her critically acclaimed debut novel, "Behold the Dreamers."

In it, Mbue shares quite a few similarities with her protagonists who immigrate to the United States hoping it will grant all of their wishes. She and they learned things aren’t always that simple.

In this reflective talk, presented by Seattle Arts & Lectures, Mbue muses about the power stories hold over us, and the complications they represent. She also discusses some of the current issues in America. 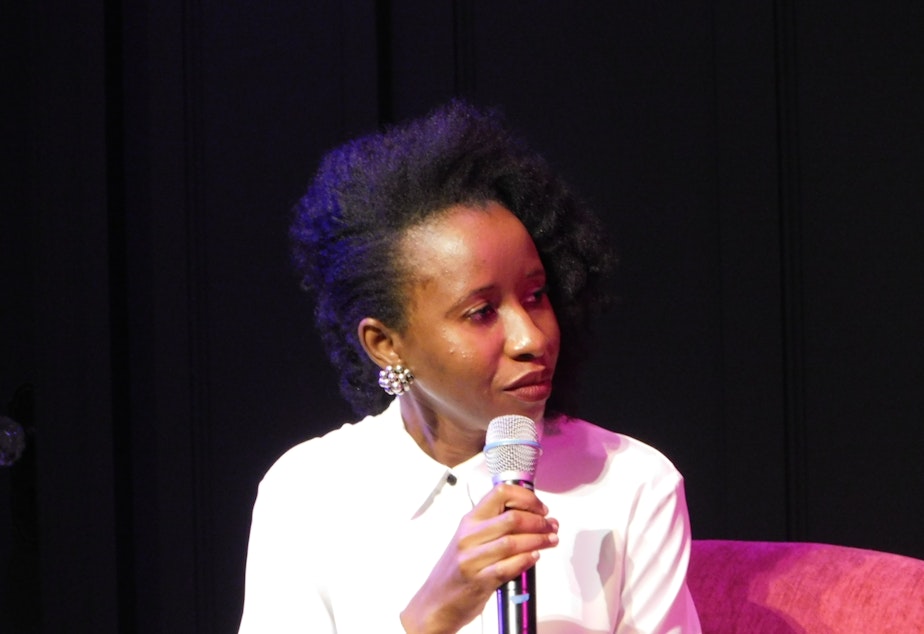 People say the problem with America is 'racism' and 'class-ism' and 'sexism', and a host of other '-isms' . But what we don't talk about enough is the root cause of all these 'isms'. Its a shortage of curiosity. We are just not curious enough to do the hard work of finding out who we are Imbolo Mbue
Credit: Jennie Cecil Moore

"Behold The Dreamers" has won the PEN/Faulkner Award for Fiction and was named a Notable Book of the Year by the New York Times and The Washington Post.

Mbue is a graduate of Rutgers University and holds a master’s degree in education from Columbia University.

This talk took place at Town Hall Seattle on June 7. Special thanks to Jennie Cecil Moore for recording the talk.

Please note, this talk contain language of an adult nature.

Listen to the full version below:

Is catastrophic wild fire and smoke exposure our new normal?