Across the U.S., more than a half million people have been identified as homeless. This week, Here & Now is looking at four communities around the U.S. that have successfully reduced homelessness.

New Orleans, Louisiana, faced a major crisis in homelessness following Hurricane Katrina. In 2007, two years after the storm, there were more than 11,600 homeless people in the city. Since then, New Orleans stepped up its effort to tackle homelessness and has brought that number down 90 percent.

First, Kegel says, Unity of Greater New Orleans — a nonprofit leading a collaborative of organizations providing housing and services to the homeless — had to assemble a solid outreach team that “was willing to go anywhere and do anything to rescue and rehouse a homeless person.”

Second, Kegel says they put all their effort behind gathering a rent assistance fund. “We went directly to Congress,” she says. “We were very fortunate to get some resources together to actually be able to provide rent assistance and house people in what apartments we could find.”

And lastly, she says, their team took a “Housing First” approach, which is “simply the idea that you accept people as they are,” whether they are sober or not.

“You just accept them as they are and you provide the housing first,” Kegel says. “Then, once they’re in their apartment, you immediately wrap all the services around them that they need to stay stable and live the highest quality life that they can live.”

On how the city afforded housing

“Actually, this is a very cost effective approach, because when you think about it, it is costing the taxpayer a tremendous amount of money to leave people on the street. They’re constantly cycling in and out of jail on charges that wouldn’t even be relevant if they had an apartment, things like urinating in public, drinking in public, obstructing the sidewalk because they’re having to sleep on the sidewalk. Homeless offences, in other words, that are costing the taxpayers a lot of money to be putting them in jail and processing them through the criminal justice system. Their health is deteriorating while they’re out on the street. So they’re being taken by ambulance to the emergency room constantly. Those are huge charges. And really what you need is, you know, a relatively small amount of money to pay for some rent assistance and they can contribute some of that rent as well with disability benefits or if they’re able to work with, you know, employment income and a little bit of case management assistance. It really has been proven over and over again in studies to be very cost effective.”

“This is permanent housing. How long the rent assistance lasts depends on what people need. And we’re kind of masters at trying to spread what is always an inadequate amount of money as far as it’ll spread. There are many people who do have serious mental health issues. Those folks may very well need rent assistance and case management for the rest of their lives. But others, particularly families for example, the parent may be young and maybe lost her job and she’s evicted and she ends up having to sleep in her car with her kids. That situation, we might provide rent assistance for a period of months, then what we have found is that she’s able to make it on her own after that. We really individually triage people and give them what they need to stay stable and then assist the next person.”

On trying to end veteran homelessness

“Well we have reached what we call ‘functional zero,’ which means that we compiled a list using our outreach team [and] using our shelter lists that are updated every night. We housed, in their own apartments, every veteran on that list except nine that had refused housing, mostly because of mental illness. And we continued to work with those nine, at that point, [we] have housed four more of them. Then going forward, we have made a commitment that any time a veteran becomes newly homeless, we house them in an apartment within an average of 30 days or less. And we’ve maintained that now for over four years and we’re extremely proud of that. It is very hard work. It requires a lot of organizations working together — and the VA and the Housing Authority — everybody working together to make that happen. We’ve also reduced the length of time that any homeless family spends homeless to less than 45 days. We’re working on bringing that number down because the research shows that, you know, even the best run shelter is no place for a kid to be. And we’re continuing to really work on chronic homelessness involving people with disabilities and really trying to end that.”

On the biggest challenges the outreach team has run into

“Well, we still have a relatively high proportion of our homeless people having to live outside and, you know, it’s just something that we are constantly struggling with. It seems almost as if for every person that we house, that someone new is appearing, and that’s because of this affordable housing crisis — the gentrification that we’re facing. We have to keep at it. We have to ask government at all levels to do more to provide housing resources. We have to provide housing for people with disabilities. We have to have housing for the elderly. We have to make sure that children aren’t homeless. That’s part of being of a healthy community and a country that has a moral core.”

“I think, at its core that tackling homelessness is really about knowing and loving your community. You have to love the people in your community and want your community to thrive and care very deeply about the vulnerable people in it, that you’re willing to do, what we say, whatever it takes. Whatever it takes is what you have to do. It’s amazing how housing can almost instantly change a person. I can think of a woman, for example, who was a very paranoid schizophrenic. She was sleeping outside in the parking lot of a fast food restaurant for about 10 years and had refused assistance, which isn’t actually the typical thing, most homeless people want to be housed. But she was actually very difficult to help. And we finally had an apartment that we thought would appeal to her because it had an outdoor courtyard. We showed her a picture of it and she actually just got in the outreach van without speaking. She was ready to go. So that day, actually, we were dedicating this apartment building. This was a hot, hot day in late June in New Orleans. But no matter what time of year it was, she was always bundled up in a heavy winter coat. And she refused to eat the reception food off the plate. Instead she would pick up scraps of food that had been dropped that were on the concrete floor of the courtyard. I remember that very clearly, her doing that. Well that was a Friday, and the following Tuesday I went in the building and I didn’t recognize her because she had gone with her case manager through this box of donated clothing. And when I saw her, she was wearing just a light cotton floral summer dress and she looked happy and I teared up. You know, it was just such a traumatic thing. And she’s been stably, happily house ever since.”

Julia Corcoran produced this interview and edited it for broadcast with Todd Mundt. Serena McMahon adapted it for the web.

This article was originally published on WBUR.org. [Copyright 2019 NPR] 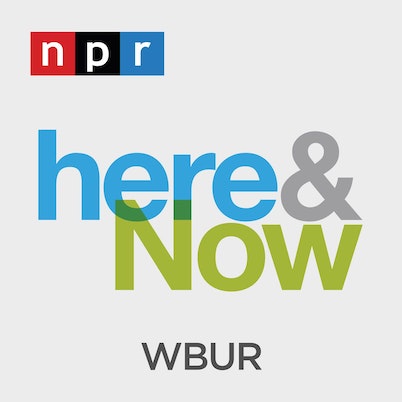 How A Skeptical Journalist Got Engaged To A Con Man