Your memories of the 1999 WTO protests in Seattle

We asked you: What do you remember about the WTO protests of 1999?

It was a tense time when tens of thousands of activists flooded into Seattle, setting off a domino effect of peaceful protests, excessive police force and violence.

It was the last big protest of the 20th Century and shaped the city for decades to come. 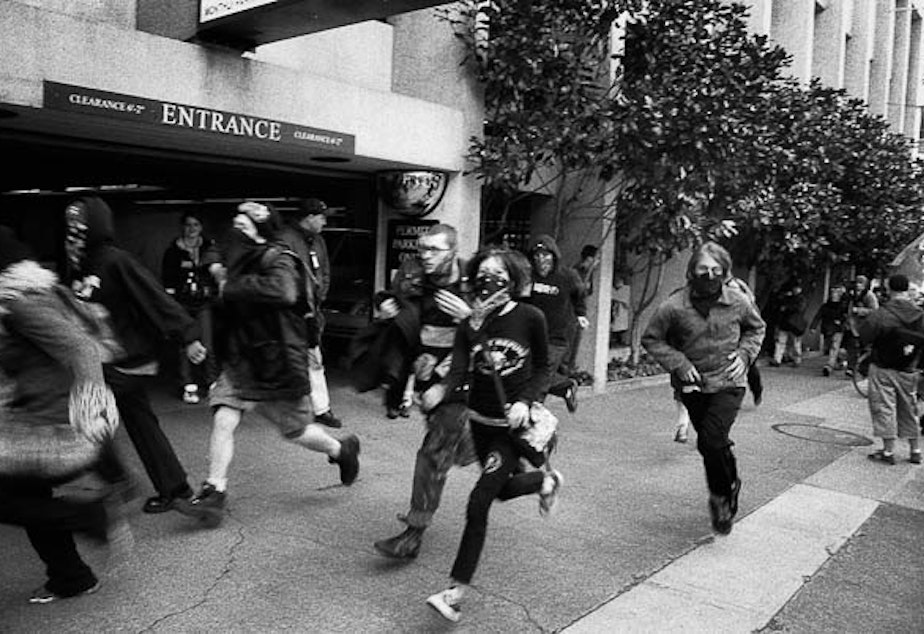 I lived on Bellevue Avenue East in Capitol Hill at the time. The police drove the protesters onto our street and then deployed tear gas. I was gassed in my own home. I tried to get in my car and drive away and protesters stood in front of my vehicle to prevent my leaving. One banged on the hood of my car and screamed at me. The police just stood by and watched. I was in my early 20s, alone, and terrified.

That was the end of innocence for me too. Realizing that because I was in the poor neighborhood I’d be gassed in my own home and no one would care was shocking to this small-town (Oak Harbor) military brat.

I had always been taught to implicitly trust our military and police force to protect us and then they turned their weapons on my innocent neighborhood because we were not rich. It was the beginning of my deconstruction. 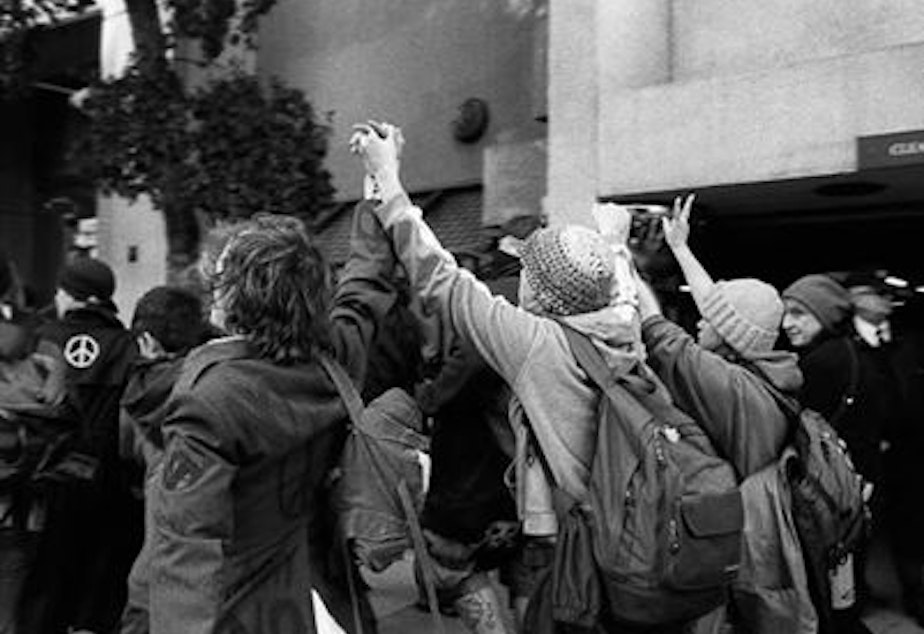 This was when I learned the government is more concerned with protecting property than people. Was stuck downtown as things became more unsafe and the National Guard wouldn’t let me back in my work building but couldn’t tell me how I was going to get home. Brilliant. Dana Culbertson Gaul
Credit: Courtesy of Christopher Nelson

I remember when the AFLCIO protest parade route was changed at the last minute and we were supposed to turn, but instead we went straight to the place where the meetings were being held.

The massive stream of peaceful protesters, dancing down the street, and then realizing that the other side of the line had police in riot gear and gas masks.

I remember the hours of workshops to be ready, to know how and why we were going and what to say. I remember being trained to be a legal observer too.

That was Tuesday. I also remember how much my parents freaked out when they hadn’t heard back from me, their 19-year-old college student, until Thursday. 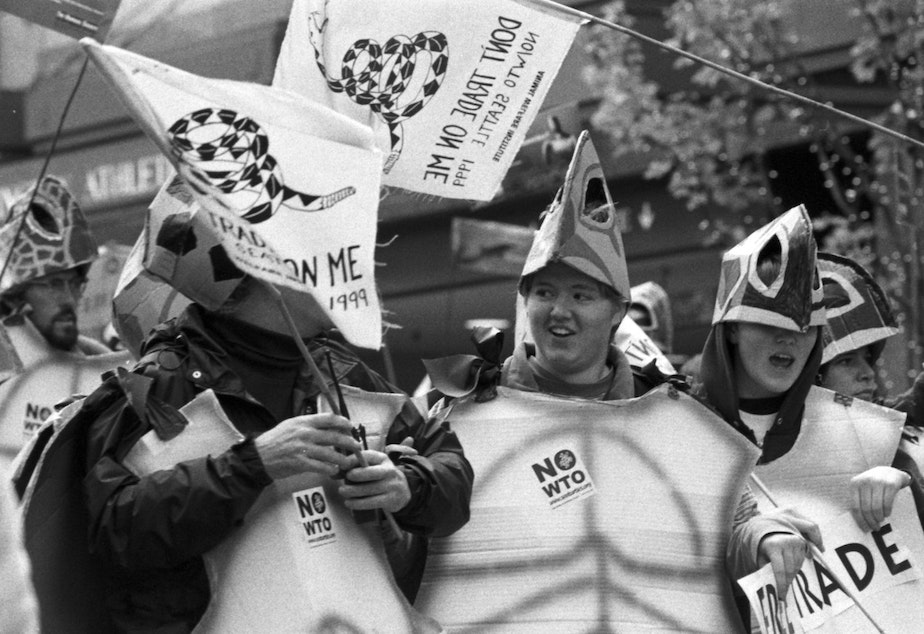 The marches and protests went on for days and were an amazing spectacle, with people from all over the world coming to participate - some 50,000 of them (shout out to the turtles!). Then 200 or so idiots ruined it for everyone and now all people remember is the "battle in Seattle" rather than the awesome spectacle of democracy it was prior to that. Jenny Goodwin
Credit: Flickr Photo/Seattle Municipal Archives (CC BY 2.0) »

I worked at The Gap on Fourth and Pine, which is now Abercrombie. Two weeks before WTO, someone broke the thick glass doors and threw a Molotov cocktail onto a table filled with sweaters.

Little did we know that was just the beginning. We got sent home. Missed the money in my paycheck.

Then, the first day of WTO, I was walking to work from the bus stop on Third and saw all these folks in black masks wandering around. I knew they were going to cause trouble, and I told a big cop to keep an eye on them. He blew me off and ignored them.

Well soon after that all hell broke loose and The Gap was closed for a week. I believe they did pay us for the missed shifts.

I just stayed home and watched it all on live TV. It was awesome. I didn't approve AT ALL of the violence, but the legitimate protest I supported - from my living room. 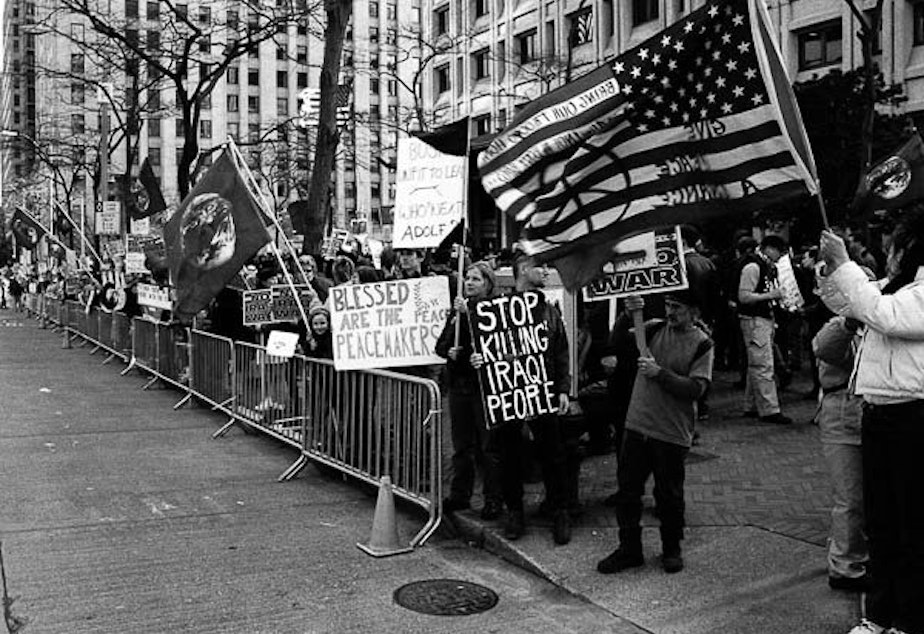 Skipping high school to come in, then making our way to the front of the crowd (by Nike Town). A delegate came up and asked us what we were doing there...can't remember what we told him, but he briefly joined our linked arms and was jovial the whole time. We caught some residual tear gas and left right before the police started shooting rubber bullets into the crowd. I was 16. We all compared stories on the ferry ride home. Julie Kim (vashon Island)
Credit: Courtesy of Christopher Nelson

I marched against the WTO with the unions. I was only a couple months into the job and hadn’t yet realized how horrible unions are, and it was even longer before I put in the work to really learn about the work the WTO did, which was overall good.

I was on the wrong side, and in retrospect I regret my involvement.

That does not excuse the vicious, sadistic brutality the Seattle police used used against the protesters. The SPD were the only truly evil actors over those days of protest.

Before protest hashtags, there was the WTO and Indy Media