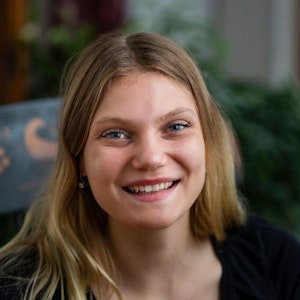 Gracie Todd is an investigative reporter at KUOW and is part of the Scripps Howard Foundation’s Roy W. Howard Fellowship program.

Before joining KUOW, Gracie earned her master’s in journalism at the University of Maryland’s Philip Merrill College. While working in the Howard Center for Investigative Journalism, she contributed to a five-part investigation on the impact of saltwater intrusion throughout the United States. She was also the lead writer on the Center’s investigation of the government’s failure during the pandemic to protect essential workers at Walmart, the nation’s largest private employer. She covered campaign finance and police surveillance for the Capital News Service Washington Bureau.

She is from Eugene, Oregon, and holds a Bachelor of Science in Communication from Cornell University, where she wrote sports for the Cornell Daily Sun, ran track and field and captained the cross country team.