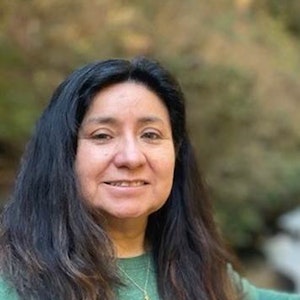 Ina grew up in Chile, South America. When she was 12 years old, she went to an English boarding school where she learned to speak English. Her curiosity to know about the American culture brought her to Seattle. She was an exchange student at Garfield High School for a year as a high school senior. She lived with an American family who were amazing, and they showed her all around the City of Seattle, which she fell in love with and decided to stay.

Ina earned her associate degree of Applied Science in Computer Information Systems & Accounting at North Seattle College. After receiving her degree, she worked for two years as a computer assistant at a marine electronics company in Seattle. Her most recent job, of 20+ years, was with a wholesale distributor of disposable gloves where she worked with all aspects of accounting. She is happily married with one son now in college. She likes to stay active by walking, playing pickleball, golf, and occasionally she snow skis.

There is a saying that Ina goes by, it may even be Chilean: “La decisión más valiente que hacemos cada dia es tener un buen estado de ánimo.” Which means, “The bravest decision we make every day is to be in a good frame of mind.”