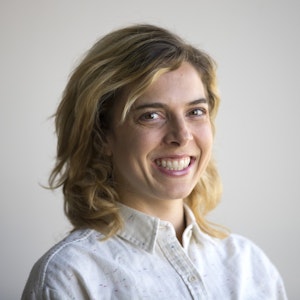 Paige Browning is a news anchor and reporter for KUOW Public Radio, covering breaking news and stories of significance in the Puget Sound region. Paige's work is featured on KUOW's airwaves daily, and she is a backup host for KUOW's drive-time shows and Seattle Now podcast.

A native of the Northwest, Paige takes special interest in stories about climate change, our changing culture(s), politics and law. Paige's work has been features on the NPR newscast, All Things Considered, Here and Now, the BBC and local public radio stations throughout the northwest. She has lived and worked in Spokane, Missoula (MT) and Seattle.

Her specialty is writing news under a one day deadline, but she's also stepped onto wildfire scorched land, rappelled from a building, and been to the heart of protests for stories.

Paige likes to run, bike, camp, and linger around at art exhibits and concert venues, and thinks the Seattle Storm are the city's best team to see.