Migrant children and the snuffed torch of Lady Liberty

When Oregon Senator Jeff Merkley learned of the Trump administration’s plans for deterring immigration — separating kids from their parents — he was in disbelief.

He traveled to a Texas facility where children were rumored to be, and that visit resulted in a viral video. 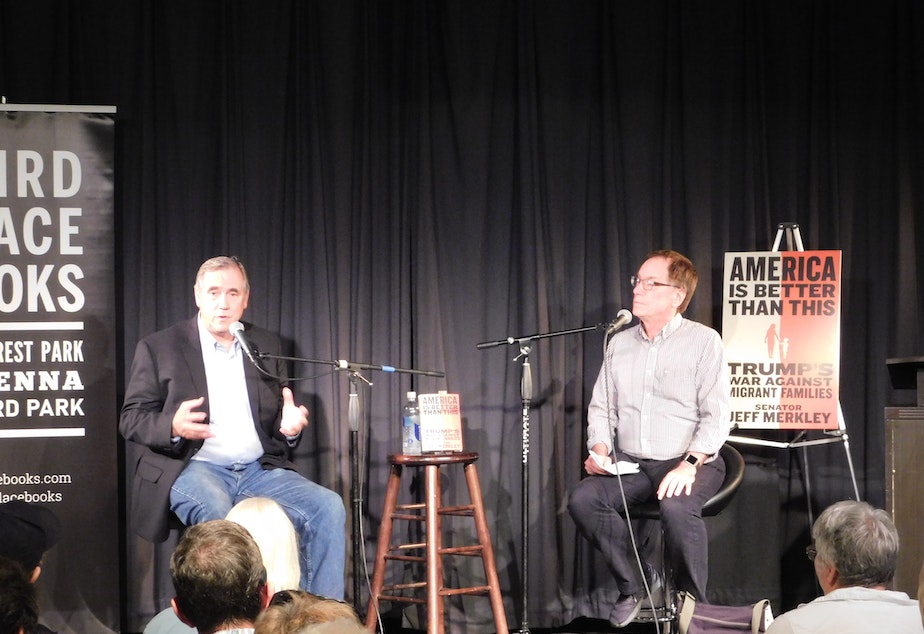 The premise ... is if we inflict trauma on refugees, including refugee children, we will discourage immigration … This is wrong. Jeff Merkley, third place books
Credit: Sonya Harris

In his new book America is Better Than This: Trump's War Against Migrant Families, Merkley tells the story of the humanitarian crisis at the southern U.S border. He became a prominent opponent of what he considers inhumane immigration policies, despite lacking a background of immigration activism.

Merkley was joined in conversation by Ross Reynolds. Both discuss the plight of current refuges struggles and briefly discuss future climate change refugees.

Jeff Merkley has been the junior U.S. senator from Oregon since 2009. Before his election to the Senate he was a five-term member of the Oregon House of Representatives.

'Weird things keep happening:' What you need to know about the crowd and the core