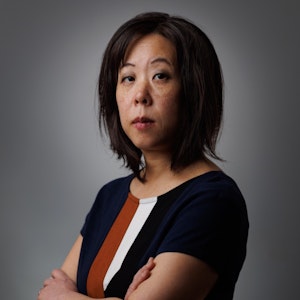 Shin Yu Pai is an award-winning writer and visual artist based in Seattle. She is a 2022 Artist Trust Fellow and was shortlisted for a 2014 Stranger Genius in Literature. Shin Yu is the author of eleven books of poetry, including most recently Virga (Empty Bowl, 2021). From 2015 to 2017, she served as the fourth Poet Laureate of the City of Redmond. Her essays and nonfiction writing have appeared in Atlas Obscura, NY Times, Tricycle, YES! Magazine, The Rumpus, Seattle Met, Zocalo Public Square, Gastronomica, City Arts, The Stranger, South Seattle Emerald, , International Examiner, Ballard News-Tribune, Seattle’s Child, Seattle Globalist, and ParentMap. Shin Yu’s work has appeared in publications throughout the U.S., Japan, China, Taiwan, The United Kingdom, and Canada. She is represented by Tyler Tsay at The Speakeasy Project.