Mike Hale had the unique opportunity to learn the art of English style brewing in 1980, and brought that passion to Washington state in 1983.

Hale’s Ales opened in Colville, Wash. before moving to Kirkland. The business later moved to its home on Leary Way in Ballard in 1995, where it became one of the preeminent breweries in the Pacific Northwest.

That all came to an end last Saturday, as the brewpub pulled their final pint and officially closed their doors.

The crowd was made up of folks who hadn’t been there in a while, along with the regulars who have spent many years and dollars on the beers served at the hook shaped bar.

Many of the regulars who sat at the end of the bar became lovingly known as “Members of The Hook,” and they shared a few thoughts about their favorite bar closing down.

Lyle George lives in Belltown. He told Soundside that he’s made many a business deal at this bar, and that he’s not quite sure where he’ll go now. 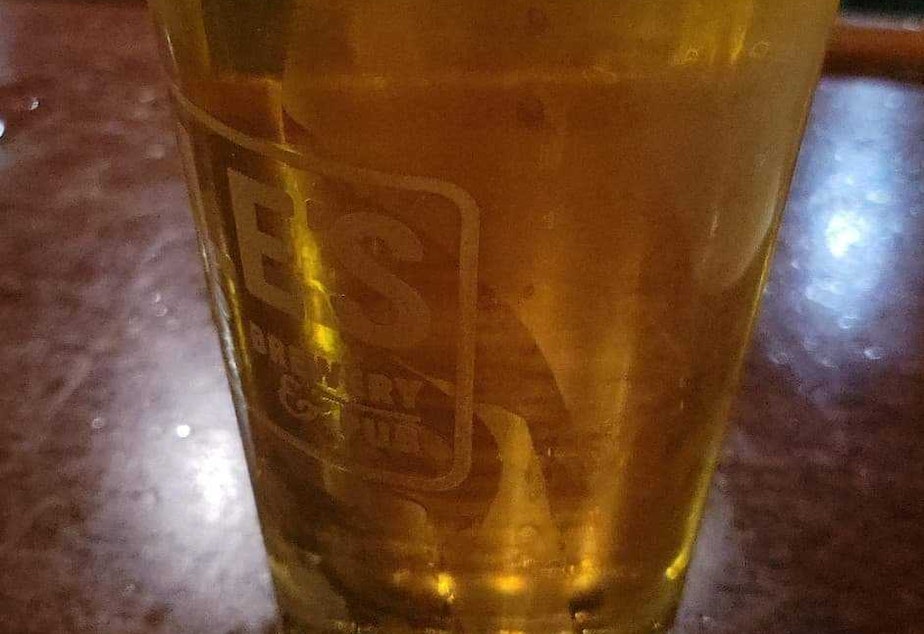 “We're all asking ourselves, ‘What are we going to do next?’ Some of us started coming here more knowing that it’s closing, and we're all going to have a dry April.”
Credit: KUOW/Jason Burrows

If you want to see Hale’s Palladium one last time, or pick up a beer, you can.

There will be a garage sale on Saturday, April 16 from noon to 5 p.m. and on April 18 and 19 from 1 p.m. to 5 p.m. Hales is selling merchandise, beers to go, and commercial brewing equipment.

The Goodwill Games sought to pull politics from sports. So why did they end?

Major toothache: A look inside dental care in Washington