Birding 101: You don’t need fancy binoculars to be a bird nerd

Lots of folks turned to the outdoors during the pandemic — starting container gardens, enjoying the parks, or getting to know the local wildlife.

That got the team behind KUOW’s podcast Seattle Now interested in birding — you know, the hobby.

“I think that birding has this reputation for being a hobby that's largely inaccessible and only for older white men,” Olivia Sanderfoot said. “And that's just simply not true.”

Sanderfoot is a passionate birder. You could also say she’s a professional one — she’s a Ph.D. candidate in avian research at the University of Washington.

She gave Seattle Now host Patricia Murphy some introductory birding tips while on a walk during a recent episode.

The first tip: Forget the gear.

She suggested noting calls and behaviors of birds you see around the city — even in yards or bushes by the side of the road.

“You can start by looking at birds out your kitchen window, or going for a walk in your neighborhood, even if you live in a highly urban area,” Sanderfoot said.

“In order to find [birds], you really have to pay attention to your surroundings. So it's like meditation,” Sanderfoot said. “You have to just get out of your own head, and stay out here with them.”

And finally: Don’t just look up!

“Yes, many birds fly, but birds are also observed at every vertical layer in the forest canopy,” Sanderfoot said. “You can see all sorts of different bird species just by looking at different pieces of habitat wherever you are.”

Walking through the Union Bay Natural Area, Sanderfoot pointed out bald eagles, an osprey, swallows, swifts and a half dozen other bird species — just in a few minutes.

She even came across one species of swift she couldn’t identify. So, she turned to a handy app: eBird, a crowdsourced log of bird sightings.

“On July 6, which is the last day somebody documented birds here, folks saw Canada geese, wood, ducks, gadwalls, mallards, and it looks like Vaux’s swift.”

A quick Google search later; Sanderfoot had identified the mystery bird. “Sure enough… that’s the little guy we saw.”

She said even identifying new birds is fairly easy, once you get the basics down.

“If you can narrow it down and you can say, ‘I know this was a swallow or swift,’ you are miles ahead of the game. Now you know to go to your guidebook and look for swallows and swifts, or consult eBird.”

Sanderfoot acknowledged that the tropes and attitude around birding can make it feel unwelcoming or off-limits to some, especially people of color.

Last year, a white woman called the police to report a Black birder in New York City, falsely saying he had threatened her. Sanderfoot said she’s also experienced and observed gatekeeping from other birders.

But she’s among a group of hobbyists pushing for a more inclusive attitude, including through the local group West Coast Birders.

“I hope others consider getting out there. It's just a hobby that's brought me so much joy — I'd love to share it with more people,” she said.

We would love to hear your feedback on our reporting 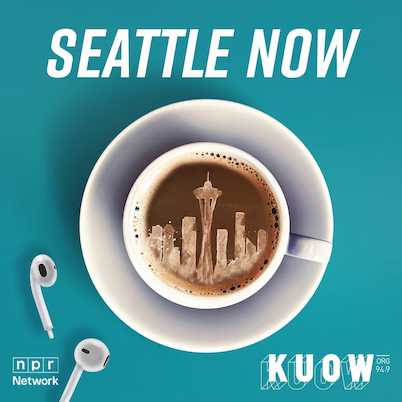